The Gate Way to Home 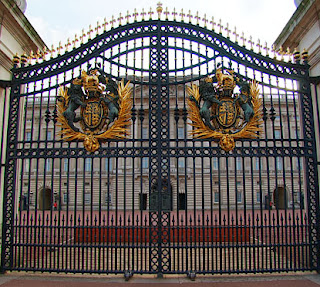 It can't be rocket science to fit a new front cottage gate. Can it ?
We don't need anything so grand as the ones outside of Buckingham palace.
We like to be secure, but we don't need a gate to keep hoards of people at bay, we don't need to keep a herd of wandering cattle in either.

We've been waiting for ages to update everything on here, hence our absence.

Eventually our new gate arrived almost a month after our new wall had been built and after a few mishaps along the way. 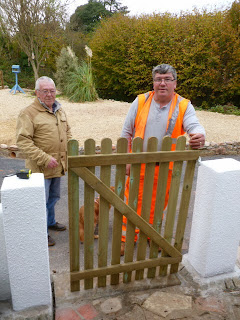 It was too tall. 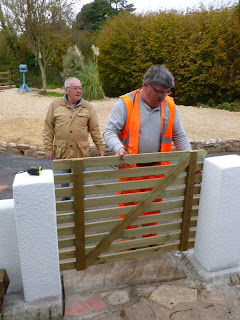 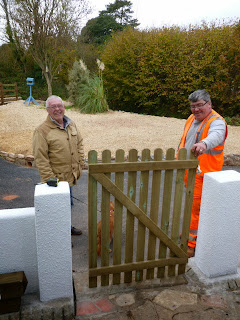 So many things that have happened down here this year, they really couldn't be made up. Can't help but laugh. 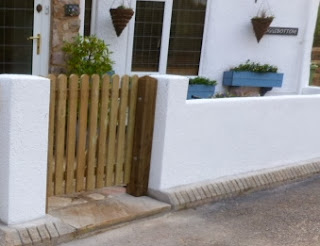 It seems to have been a very long nine months on this side of our little bridge.
A whole nine months since the first arrival of a demolition crew to knock down the old cottage next door to us.
It was knocked down to give space to make a water relief channel to help stop the whole area from flooding. Living near a cute looking stream in the Summer can be a totally different bag of worms when living near one in the Winter and the stream goes through a known flood plain. Which most of you know was to our cost last year. 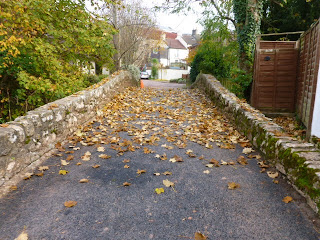 
At the moment the new channel is taking all of the water, leaving the old stream dry.
The Environment agency might be keeping a close eye on it, but we are keeping an even closer one until it is all up and running as it should. More water running down the old stream and the new water channel a relief water course for any over flow of water.
Sand bags are on stand by, just in case. 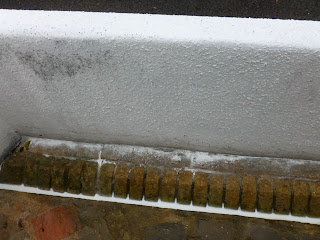 We also have a new front wall. It was painted, then it rained, the paint got washed away.
Next time the SOGGIBOTTOM PAINTERS will in charge to give it another coat in the Spring or Summer. 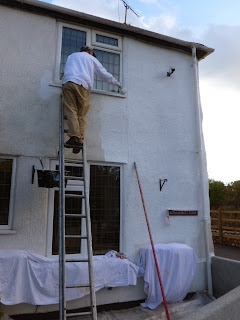 Luckily the cottage had been painted a few days before it started to rain.
So far so good, the cottage still has that whiter than white, clean look. It was only after the first coat of paint that was splashed on that we realized how bad the ol girl was. 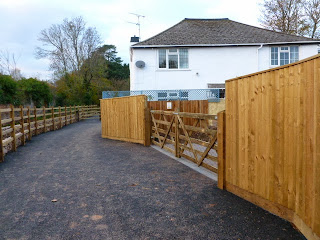 The road outside of Soggibottom has been resurfaced, we have a new car park to park our car and best of all, our little bridge has been fixed. The large lorries that came over it damaged our dear little Medieval bridge. Luckily not beyond repair.
Even inside, the Soggibottom painters have been busy decorating.


Painting, polishing, waxing, dusting. Soggibottom is now green to go for Christmas and best of all the bears are back. 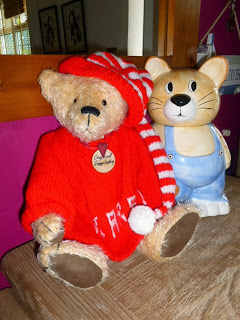 They aren't hanging around long but making their way over the little bridge to new homes ready for Christmas. 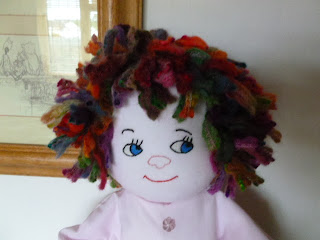 Along with the very last rag doll. 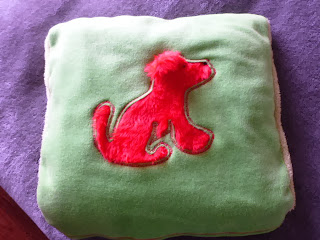 A fleece dog pillow and blanket.
Yep, were green to go for Christmas, no more large machines, no heavy lorry loads of stone, cement, no more spoil lorries of earth, no more men with hard hats wandering around.
What will we moan at now ! 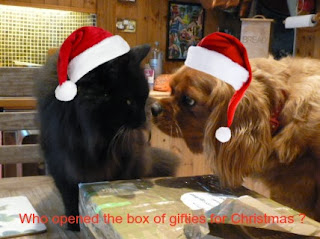 Thanks to all those that have joined in the saga of the water relief channel. At times over the last nine months your good thoughts have been priceless.


From a very cold South Devon, Happy Thanksgiving for all those over the pond. 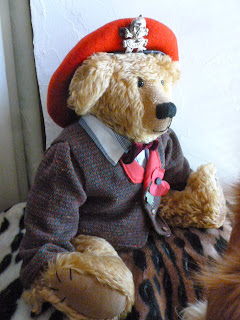