When I looked at her and then looked at a rather scary penguin I had made.


See the resemblance ?
Posted by Soggibottom at Thursday, September 30, 2010 14 comments:


Time goes so quickly during the week and I know if I don't post the pics here now then something else will come up and they will be forgotten.


Welcome to Exeter Quay's. Our coffee shop is just across the water, you have to pay to cross on the ferry....
We don't cross here, we go and feed the ducks and swans by the footbridge.


It's always so colourful along the bank of the quay.


One of the things I love about Exeter... the old lives along side with the new.
Love that Roman wall on your right. NOTE THE BIN.............. it made me smile as I wonder who on earth cleans it and makes it shine so much.

This house used to lead a very productive life, it dates back to the Roman wall that surrounded Exeter. The mosaics were removed when it was rediscoverd.
During the 20th century it was a pub. Bombed during the 1940's.
Renewed... walking in history... lucky me.....
Posted by Soggibottom at Tuesday, September 28, 2010 19 comments:

36 Hostels around Iceland Welcome you. 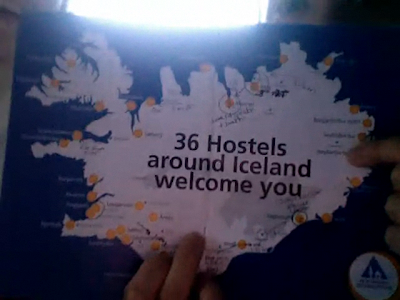 
But because of the wonder of Skpye


We could have been.
We also know a couple who have been married for a whole week and two days who are there. 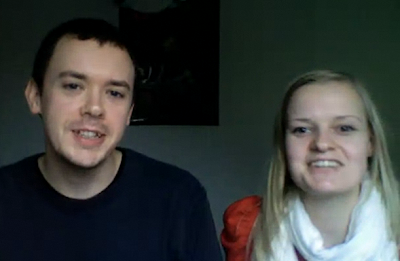 Even for a few moments, it's great to share. 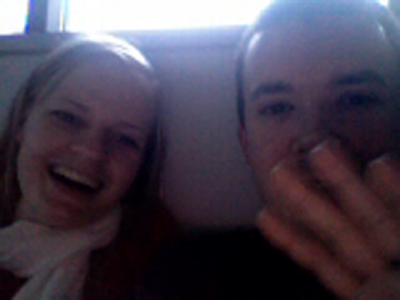 Skype isn't being that kind to us. Our computer crashes after fifteen minutes. Probably long enough, to see how happy the happy couple look. 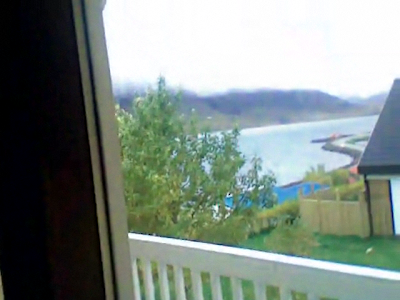 There are some amazing photo's being posted on Sparky Brand.... this isn't one of them. :-)
It was taken by me, via skype. To see the really good one's CLICK HERE
I know Mark and Rebbeca would love to hear from you via comments.
They are now half way around Iceland. Another week to go. Whale watching and Northern lights are on the agenda.....

Mum's eh !
Mum is sitting in the warm, by the fire, with a very warm and cuddly Cavalier spaniel at her feet. Where ever you are, have a really happy week.
Posted by Soggibottom at Monday, September 27, 2010 11 comments:


I promised bears.
Here are two of our upstairs guys that are window look outs.
I made, the front guy out of English mohair a few years ago.
I liked him so much that I kept him.
I wonder how many of us have made something, then really wanted to keep it.
It's not something I do that often. I still have his pattern and keep meaning to make another.
Except English mohair is hard to get hold of these days.

Nearly as hard as trying to get blogger to work properly ! ! !
You are not alone, lots of us are all having problems.

The other fellow at the back has stood guard at the window for ten years.
The crumbs beside on the cushion are Amie's, not mine, honestly........
They could be Mew's.

Great to wake up and see the sun again this morning.
The amount of people that pass the cottage who look in at the Soggibottom bear, Amie, Frank or Mew sitting in the downstairs window.
I wonder if all those that look in realise that the whole world looks out at them.
Thought you might like a change of view guys.


Last night the moon had a certain sheen.
Venus hangs around the moon as much as Frank hangs around mouse holes by the stream.
Winter is on it's way.

Colder weather also means that we have other visitors inside the cottage, trying to hang out with Frank and keep warm.


It was a big spider, it's not often that Amie is impressed.

Frank promptly trod on her just as I was about to put her outside.
AH !

Hopefully I will be back whole heatedly into blogging soon.
I haven't got around to thanking everyone who has been kind enough to leave a comment over the last few months.
Thanks guys. What would the cottage be like without all your good wishes and whole hearted giggles, laughs and thoughts. I would miss them all.


It's the Autumn Equinox, the first day of Autumn.
A lovely time for a new set of paws to come and live at the cottage.
The trees are now starting to display their sunset colours.
Green giving way to yellow, gold and red.


Here he is, the new set of paws that came with the post this morning.
My pay it forward gift from Carole at Prim n Raggedy.

How kind and thoughtful to make Soggibottom cottage a cat to sit in the window.
Especially after the last few months when some of our beloved pets have gone merrily on their way through old age. I love the idea of pay it forward.

Carole's cat arrived just on the right day. Smiles all round.
I know there are two Soggibottom readers who are going to help me pay it forward yet again. There is always room for one more. 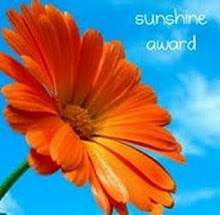 Soggibottom also had a sunshine award last week, this is the first time I have had the opportunity to tell you about it. Thank you for thinking of us Shellie we love the award.
Especially the colours.

I know I should pick a number of other blogs and pass it on, can't do that.
I hope you will all share the award.
Make someone else smile and pass the sunshine award on.


Frank and Mew haven't pushed the new set of paws out of the window.
They were watching the last rays of the setting sun last night.
They might have to squash up a bit closer tonight as the window seat is starting to fill up. Frank might have been watching for anything that moved !
Posted by Soggibottom at Thursday, September 23, 2010 16 comments:

Did Amie go to the ball part one.


The Bride and Groom had a beautiful Wedding Day.


The Groom was already waiting.

One of them growing up far too fast..


There was the cheeky bridesmaid.


Who loved everything about the day.

Did she or didn't she go to the ball part two


This is Guildford Cathedral.
The last time we were here I remember the trees being so much smaller.
We expected to be greeted with great views of the countryside.


No views, only of the inside of the Cathedral.


Some of the wedding guests.


Yes, of cause Amie went.
Notice the not so clean paws.


As for the balloon, it reminded us that it was time to go home.


South West and over the hill, after having a fantastic time with Mark from Sparky Brand and Rebecca from Rebeccasway around on their Wedding Day.

Don't you just love your kids, especially when they come home with such a beautiful bride.
Posted by Soggibottom at Monday, September 20, 2010 15 comments:

Labels: angels at the Cathedral 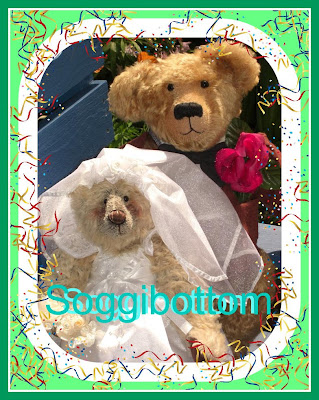 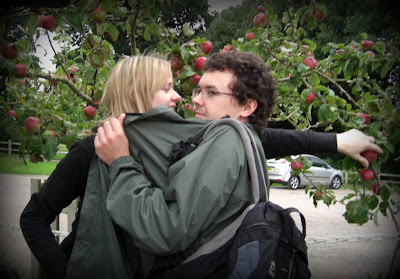 Especially when it is Mark and Becca that are going to be married. 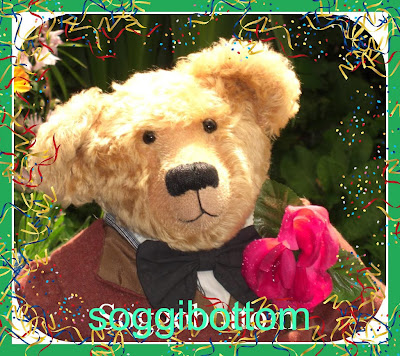 
Cottage life goes back to the normal hustle and bustle.


This is the last rose of the Summer in the Soggibottom cottage garden.
Dedicated to every one who kindly left a comment on my last post.
Thank you guys, for all your kind words and thought which have all been greatly appreciated.
So here I am, on my own. No dribbles, no having to move a fluffy from my view of the screen.

It's also such a comfort to know we had the usual support from at least two of the other four legged inhabitants.
Where is Frank ?
Frank is teasing mice !


Amie and Mew might not have been busy, but we have.

The cottage has another gadget to bring it into the 21 Century. A bread maker. Chuck it in and press a button.
The first owners of Soggibottom, three hundred and forty two years ago would have turned in their graves to see such an easy way to make bread.


Easy stuff. You can even see it bake.
I think they would have loved it.


Along with the finished product.

Before I go, Soggibottom has such talented readers. I wonder how many are interested in a pay it forward ?
I added my name to one ages ago. If your interested let me know, as well as receiving my pay it forward you can also make someone else smile.