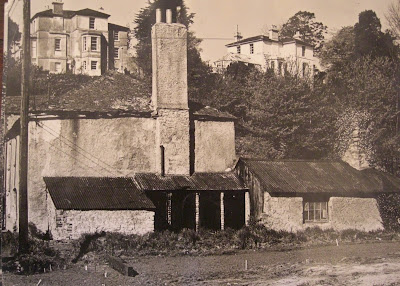 The electricity pole on the left is still on the other side of the Soggibottom garden.

No electricity until the 1960's, then only because of the guy who used to run his building business from the building added electricity.

You are also looking at the side view of the cottage.

Also a listed Chimney that someone it seems.......... knocked down.

I know your very tempted to look at the one in the middle of the picture, but its the small one on the end of the small building. Covered in ivy.

this is so amazing! keep it coming