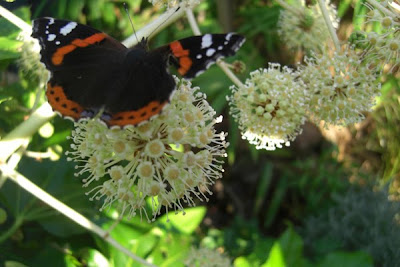 We still have butterflies in the garden, as well as a Sparrow Hawk that landed on our bird table this morning. I would love to have taken a picture of him for you but he was quick. Not as quick as the sparrows that scattered, and chirped away at him as they all hid in the bushes. 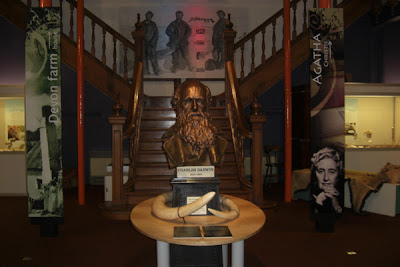 We chose the easy option for a walk and went to our local Museum this morning.

Agatha Christie grew up and based some of her books on places around Torquay.
There is a whole room dedicated to her in the museum.

I'm not a great Agatha Christie fan, although we once met Poirot (David Suchet) at a wedding we were invited to a few years ago. I thought the Agatha Christie display was well thought out and loads of old photo's to look at. No photography aloud, other wise I would have shown you. 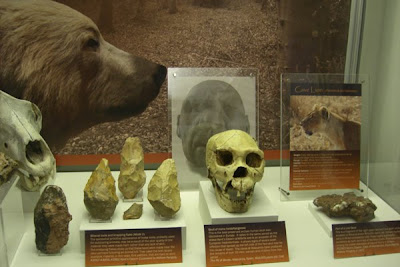 As usual anything with a bear draws me like a magnet.
They have opened excavations on Kents Cavern in Torquay, finds are still coming out of the cave. I love history on my doorstep. 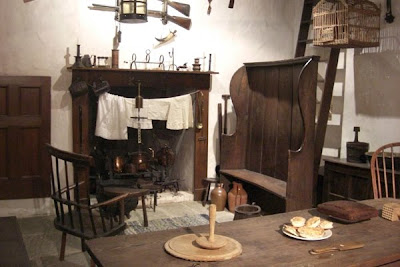 The museum's idea of a typical Devon kitchen, before anyone asks, what ever it is hanging up by the fire place, they aren't mine. My kitchen does not look like this although maybe similar once. 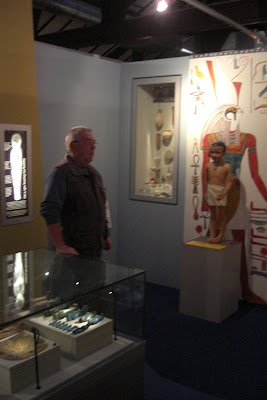 Why do museums always have their own Egyptian mummy?

Are we museum crusties? Probably....... Exeter museum has been closed for ages. When it re- opens it is next on our list.
Posted by Soggibottom at Wednesday, November 11, 2009

We visited Kents Cavern when we were on holiday in Dorset and found it fascinating too....but not when they switched out the lights! Eek!

I love museums. It's nice to look at the past and discover things we didn't know about our own history. As for the mummies, I think the mummies should be studied and then put back to rest, though. Seems undignified to display them for all the public to gawk at, even though they are fascinating. Replicas would serve the purpose just as well.

What a pretty photo of a butterfly! Ours seem to have fluttered down south for the winter already.

oh, I haven't seen you on MSN for ages. Is it still acting up?

You see, I thought it was just me that loved the crusty stuff.
Unlike computers!!!!!!!
This stuff has been around for so long.....
unlike some of our computer applications that are no longer there along with lost email address.
Crusty stuff has a lot going for it!

I love museums! (Maybe because i'm a mummy!)
Interesting picture of the finds from Kents Cavern - the bear is better looking than the bloke was though, if the pictures are anything to go by!

To me, he looked as if he needed a visit to the dentist.

It would be nice to visit that museum with the kids. There are family friendly holiday cottages in Torquay where you can stay comfortably.