My friend Janice has just given me 10 out of 10 for a jar of fudge I made over Christmas.
As she is one of the best cookie and cake makers I know, I felt really good.
So thought you might like to try it yourself.
Really easy, but the pan and the fudge mix does get very very hot, so be warned, maybe not one for children to try (the bigger ones should be fine). 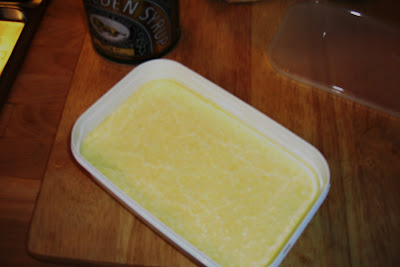 1/2 teaspoon of Vanilla essence......
or whisky, or rum and raisin, .....
what ever your imagination can run to for flavouring. 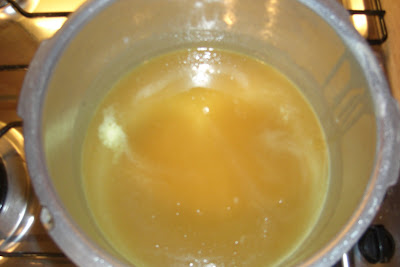 Put the sugar, cream and golden syrup in a large heavy saucepan and heat GENTLY
Stir until the sugar has dissolved.
Then cover it and bring it to the boil for three minutes. 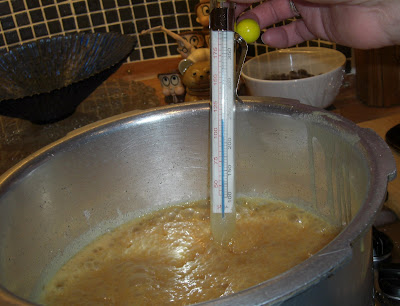 Remove the saucepan lid and continue to boil GENTLY
until the temperature reaches 116 c/240 F.
Remove the pan from the heat and now for the best bit.
BEAT IT until the mix becomes thick and creamy. Then add the flavouring.
Beat again and pour into a greased and lined tin. Leave until set. Don't be tempted to mess around with it as its still hot. 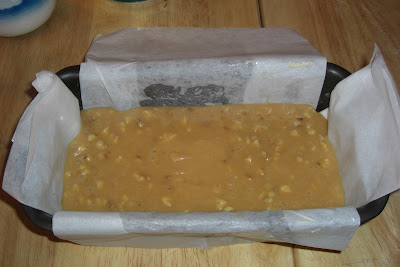 The one above has walnuts as a flavouring.
Leave it to set
I put it in the fridge for a couple of hours after it had cooled down.
Cut it into square pieces.
After you have tried some and if you have any left store in an airtight container.
Healthy eating, defiantly NOT!

*Clotted Cream.
Is made by gently heating rich unpasteurized milk, until a semi solid layer of cream forms on the surface. After cooling the thickened cream is removed. ... Clotted Cream....

Don't you take things for granted that are in front of you at the supermarket?
I hope that the revised Cream Fudge Recipe helps.... Michele
Posted by Soggibottom at Thursday, January 08, 2009

Fudge has a special meaning in Michigan. We are a large peninsula, surrounded by large inland seas (ok, lakes). To the northeast we have Mackinaw Island, a very popular tourist destination with lots of history, and lots of fudge. Fudge is synonymous with Mackinaw Island. There are storefronts demonstrating the making of fudge on marble slabs.

Fudge has spawned a phrase in our State. Tourists who go north are referred to as, 'Fudgies'.

Looks like a lot of hard work! Wish I actually liked fudge :-(

Best fudge shop is in Dartmouth by the way. But this is better........
Because I know who made it and what is in it.
Strange?
Me?

oooo...looks delicious!! Thank you for sharing this recipe. Let me check it again...because I have a few questions.

Just for you AMY
Revised recipe.
Really had to do some homework. But good lesson for me to make sure that everyone understands.
I'm sure if you can't get hold of clotted cream, thick rich cream would do. Next time I make this I will use thick rich cream and let you know how it turns out.
Michele

Awwww...thank you, Michele!!! Yes, please let me know how it turns out!! xoxo