Schuco YES / NO bear or BING 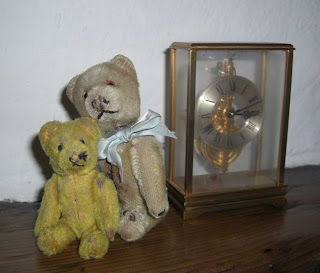 It's about time we had a bear on here. I know of two that are hanging around the cottage you haven't seen before.
The larger one is a Schoco Yes / No bear from the 1940 - 1950's .OR IS HE ?
He's a little guy, 5 inches tall, with a metal base covered with mohair.

Schuco patented yes/no bears that first appeared at a toy fair in Leipzig in Germany in 1921. The bears head could be moved left to right and up and down by moving a lever in their tail. Six sizes were made ranging from 25 to 60 cms. 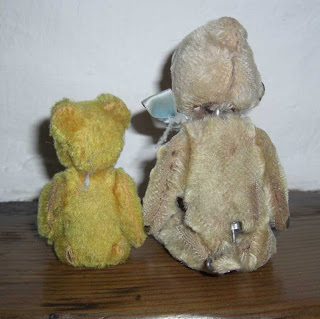 After world war two the yes/no bear was re introduced as the Tricky Yes/No Bear. Made in seven sizes, and various mohair colours, blond, gold, red-brown. Their arms are distinctive as they have down turned paws and seem to be begging. 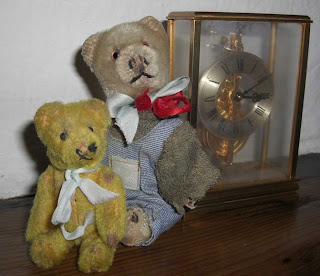 Think I'll go with Schuco here, but if anyone knows any different please let me know and I'll amend this post.

I haven't a clue about the other little guy. Although he is so heavy, another metal bear covered with mohair. Smartening these little guys up slightly is all in hand. I won't change a thing about the bears. . LEAVE WELL ALONE.... they both have their own charachter.
Maybe give them some new clothes, which will help to keep their good looks. It's fine to restore bears, but there are some you really should leave as they are. 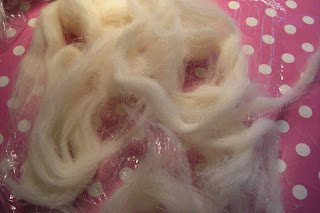 It's been a quiet week in the cottage, it's been raining, as they say "the great british Summer" has arrived. Wool has come out from the cupboard under the stairs and felting has started. 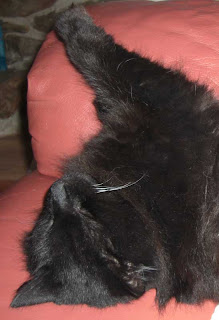 Frank has decided it's better to be in the dry than scouting around out in the garden. 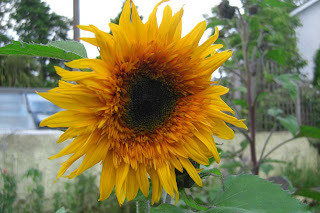 At least our Sunflowers have returned, happy guys.
Rain or shine, hope you all have a great week.

Love the bears though I know nothing about bear history.
Thanks for brightening a grey day here with the sunny sunflower!
Christine

It's great that you research your bears. I wish my Mom had saved my Teddy.

Awwww these bears are not only amazing they have such a fab history!! Well yes/no bear has anyway!! wow! Both are prettily pettite!!

Two well-loved special little bears. I'm sure they will enjoy having new outfits made for them.

Enough of this rain thing, huh?

Very interesting to learn about those bears. As old as Mom is, she has never seen any of those bears before. Great history lesson on them, thanks.

Very, very, very hot here - like a furnace. We could use some rain, but then if we got too much of that, we would be complaining again. But oh this heat, oppressive.

What wonderful little bears! Love that beautiful sunflower too!

Those are such lovely little bears! I received my postcard the other day and just love it, it's on my fridge:) I still have to mail yours...sorry, I'm not so quick like you but it's coming!!!!

Wonderful bears, no idea what type they are, just that I like them. We had a lot of humidity but also nice breezes, so kept it from being too unbearable.

Amazing these 2 old souls look so good. I love reading all the little details of how you care for them.

Frank. Just get up right now patrol the garden for enemy mice!

They're just lovely and chock full of personality - how they must love it at Dr. Midge's cottage hospital! I've never even heard of a yes/no bear. Frank looks like I feel right now, lol. Lovely sunflower, such a happy flower!

That's so interesting; I didn't know that bears were made with metal. I love seeing your bears and pets. And sunflower:)

Gosh, you are so knowledgeable about all the bears. You always amaze us!
We love the bears no matter what.
And we know the bears are happy.
That is important!
No rain for us today, we have blue sky and now a week of being in the 80's. Good old Oregon U.S.A.
Its your turn for rain
love
tweedles

Looks like we are going to have 2 sunny days at last so we'll take the guests camping in the Lakes.

What sweet little bears whatever their history. Fascinating to read.

Interesting about the bears- I have a heavy bottom too, but...I'll stop there! And I'm not quite an antique, but will soon be a vintage item!!!