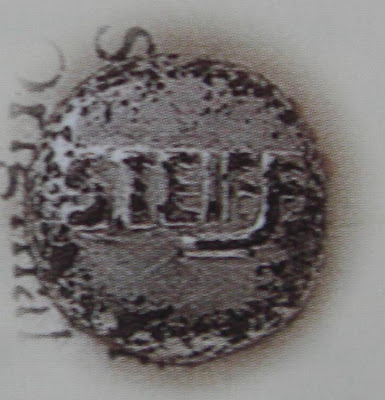 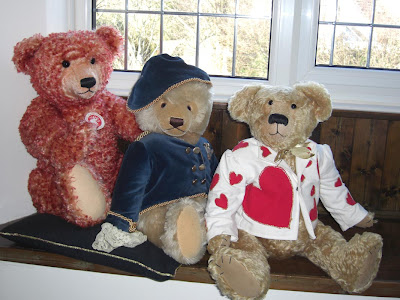 After the last post mentioning a well known Teddy bear maker, it would be a fair thing for me to mention plagiarism. There is so much of it that goes on that it has to be said "nothing" is that safe when you have an a new idea.
Plagiarism isn't new. There are so many ways that are tried to stop someone else copying, Some don't appear to have much effect.

Steiff used tags to distinguish Steiff animals from their competitor toy makers as early as the 1890's. 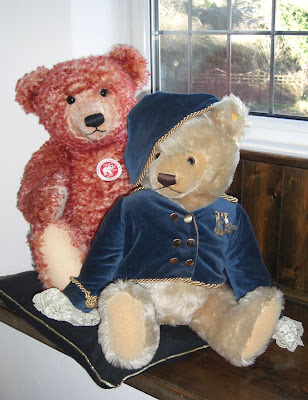 If I start to bore you, let me know. Once I start to talk about Teddy Bears it's hard for me to stop. No matter who the maker is. If by chance I get my facts wrong, let me know... 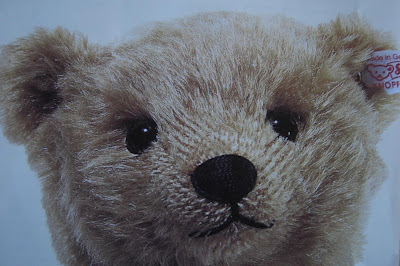 The Steiff button was an idea thought up by Margarete Steiff's nephew Franz Steiff.
The little elephant with his S-shaped trunk made an appearance on Stieff products from 1897. 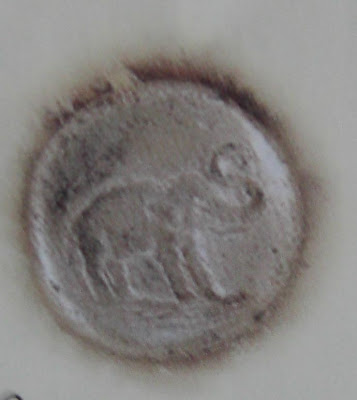 Although over the years the design of the button has changed it's one that is still easily recongnisable as a Steiff product.

DON'T REMOVE YOUR TAGS from your bear. 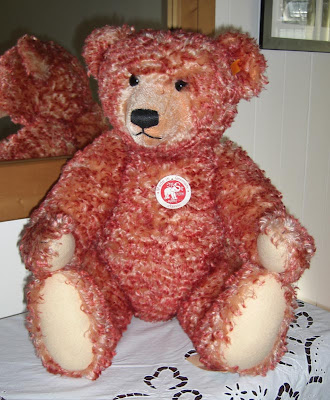 No matter how large the bear is. 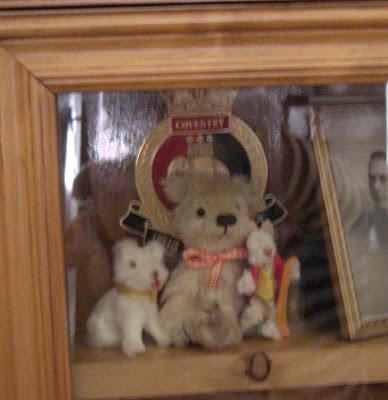 Or how small.
This little guy is mine, but his tag show who made him.
Not a Steiff ! 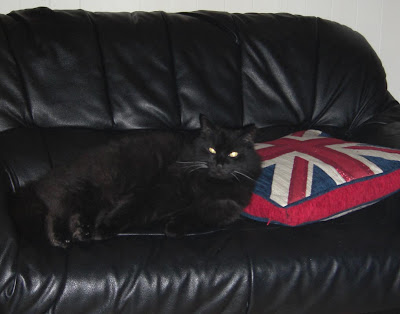 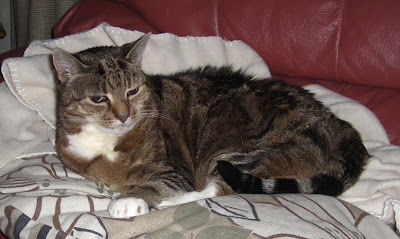 and Mew know their place.

Some know their place better than other's.
Posted by Soggibottom at Saturday, January 22, 2011

No steiff bears here but plenty of others with their makers name tapes stitched in their backs.

I started a collection of bears for my daughter, but she destroyed the ones she had and just wasn't interested, so I stopped buying them. I always keep the tags on my real collectibles and hide them behind the piece if I can.

I love these lessons about teddy bears, it's such an interesting subject, the last three don't look real though. ;-)

I have a Steiff hedgehog with button in ear still intact!
Very interesting details about them!
Thanks
Christine

Fascinating. Next time I am at my Mom's I am going to take a picture of my Grandfathers bear which is estimated to be over a 100 yrs old. He is still holding it together, and some days better than me!

I have no Steiff in my collection. Here in Missouri we have a bear maker called Stearnsy. Have you ever heard of them? It's a family business and the only make a limited number of bears each year. They tend to use recycled meterials. I have three of their bears. Two are Christmas themed, Santa and the Little Drummer Boy. The other is made from an old fur coat and is beautiful. I do leave tags on my collection, too.

I have a suspicion my Dad's big rabbit is a Steif as he mentioned it had a button on an ear way back. The poor chap had been loved so much that by the time I came along he just watched me from the top of the wardrobe with a little straw showing. Thanks for the info.

Hi Midge.. you sure know your bears.. Sorry, I can't claim any ..just the ones my friend made me..
Love the cats and the PILLOW...LOL..
Have a great weekend...
hugs..

The bears had such a story to tell!
no we don't have any famous bears either. we have a very old one that needs an operation , poor thing.
But he knows his place, just like Ames and all the purries

What an interesting post, dear one. I had no idea they had buttons in their ears. No bears here, Abby likes the cheap ones that Jeff gets her to chew on - I hide them as soon as I can, because they are not good for her!
Frank, Mew and Amie look like they want some cuddles!!

Hello,
I removed a Margarete Steiff tag and elephant ear button from my cinnamon mohair teddy twenty years ago as a clueless schoolgirl.

Now I want to get her authenticated but she looks so unlike most Steiff's collected in the States, several "experts" insist she is a Knickerbocker.

She looks like a cub with wide set ears and a broad mug, she has amber glass eyes, fawn felt pads, tilt forward growler, and is 18" long. I believe she might have been made for the English market.

Any leads how one might get her authenticated would be greatly appreciated.