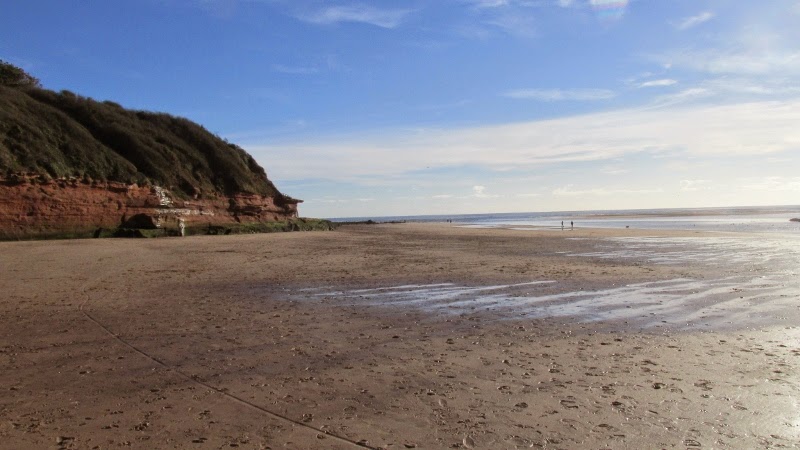 A deadly menace washed up by the savage storms we've had recently is poisoning dogs at a rate of one a day.
Several animals have died after licking or nibbling on boulder-sized chunks of palm oil which have been found littering beaches in Devon and Cornwall.

Hundreds more have been left writhing in agony with their owners facing huge vets bills for emergency treatment.
The strange blobs emit a stench of diesel and were thought to be firelighters. but the source of the pollution has yet to be found. The Maritime and Coastguard Agency identified it as solidified palm oil, a substance used in food, soaps, shampoos and biofuels. 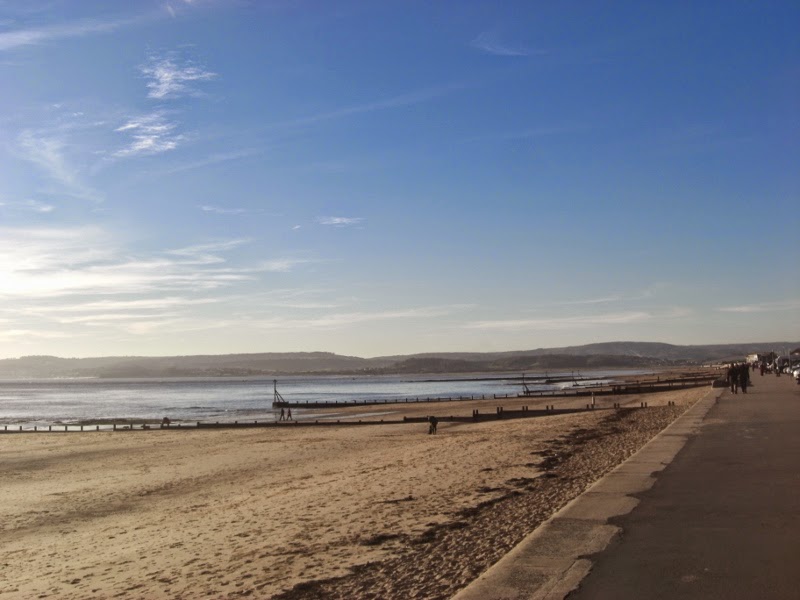 It is harmless to humans but can kill dogs unless they get swift treatment which involves being fed charcoal to soak up the oil and induce vomiting.
The first reported casualty came when a three-year-old miniature schnauzer was killed after ingesting a single, tiny lump. 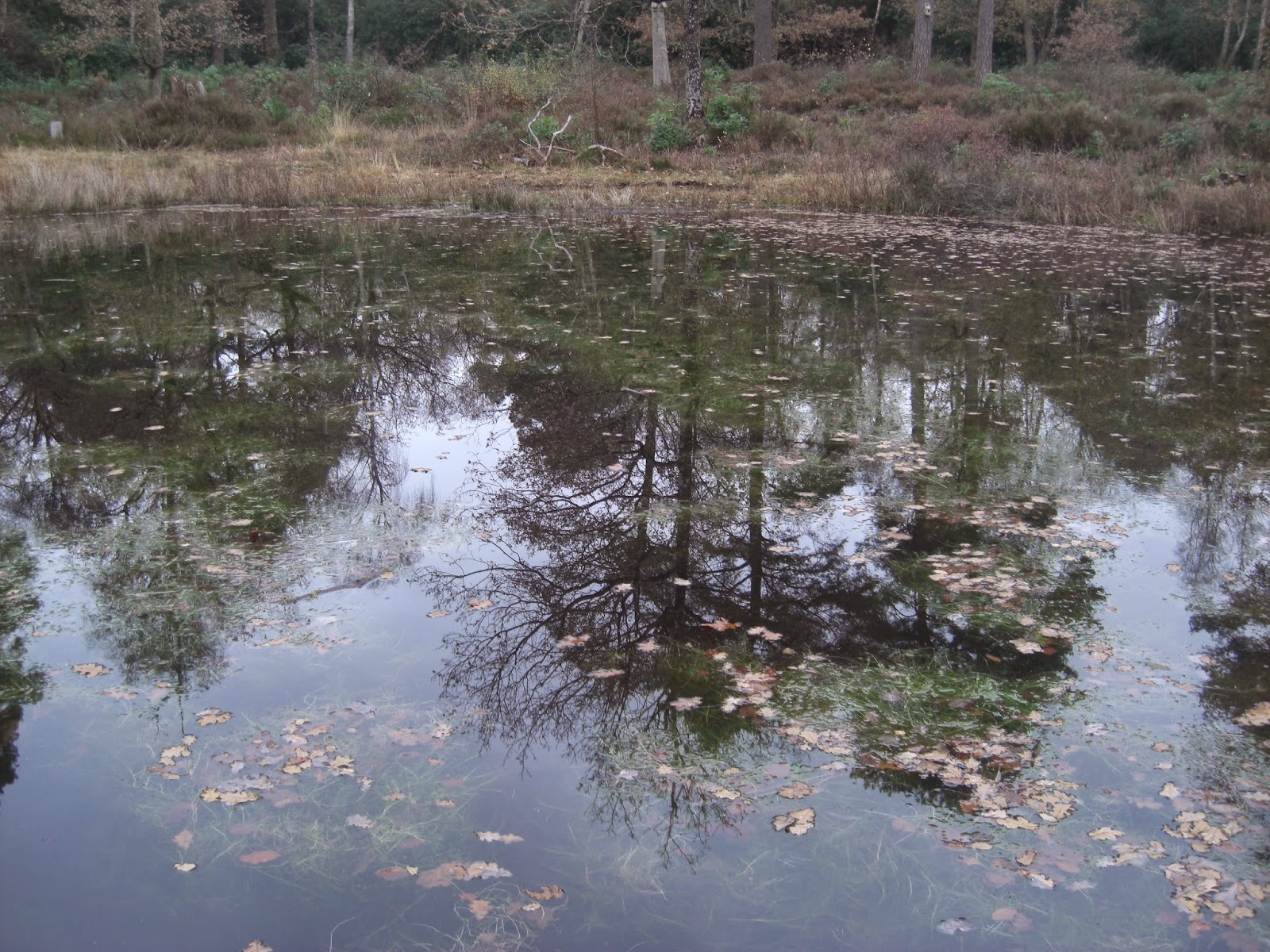 Freya for the time being is limiting her walks to the lake and woods. 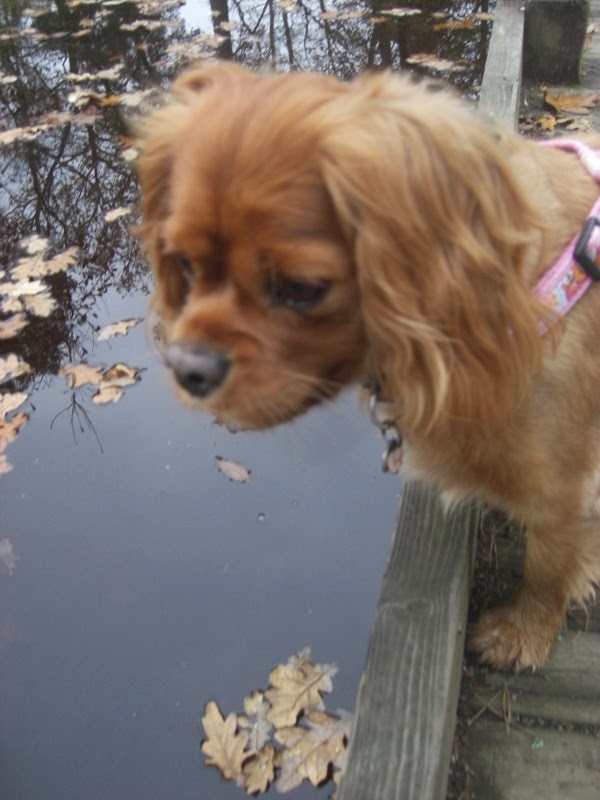 She doesn't seem to mind missing her jaunts to the beach, there's always the added bonus of duck and swan watching beside the lake. 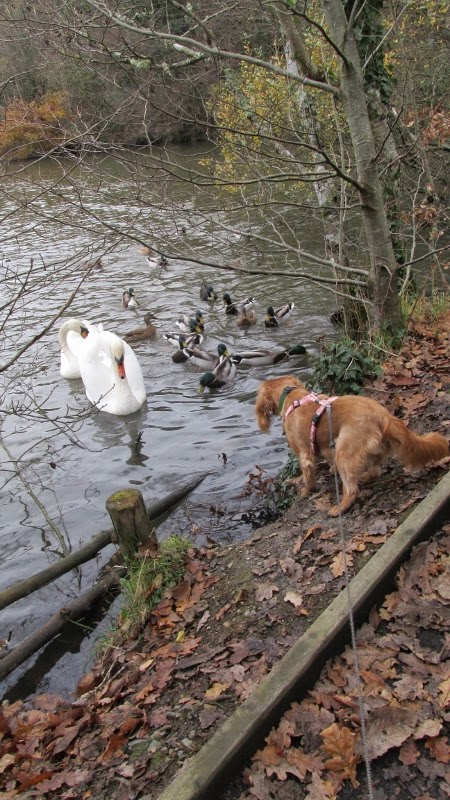 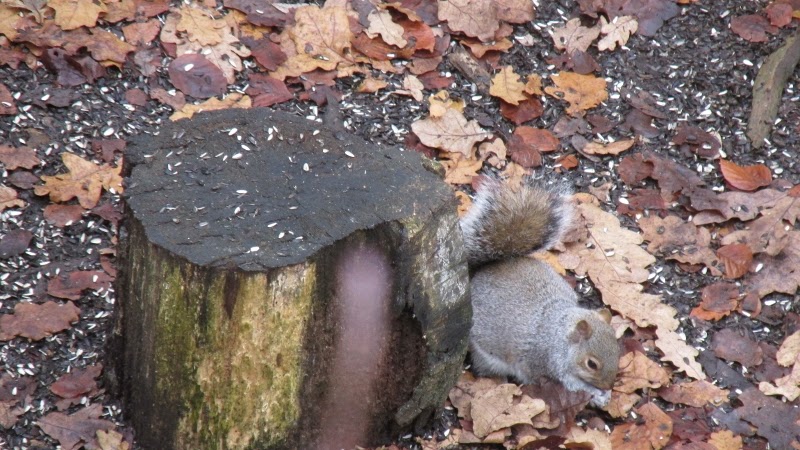 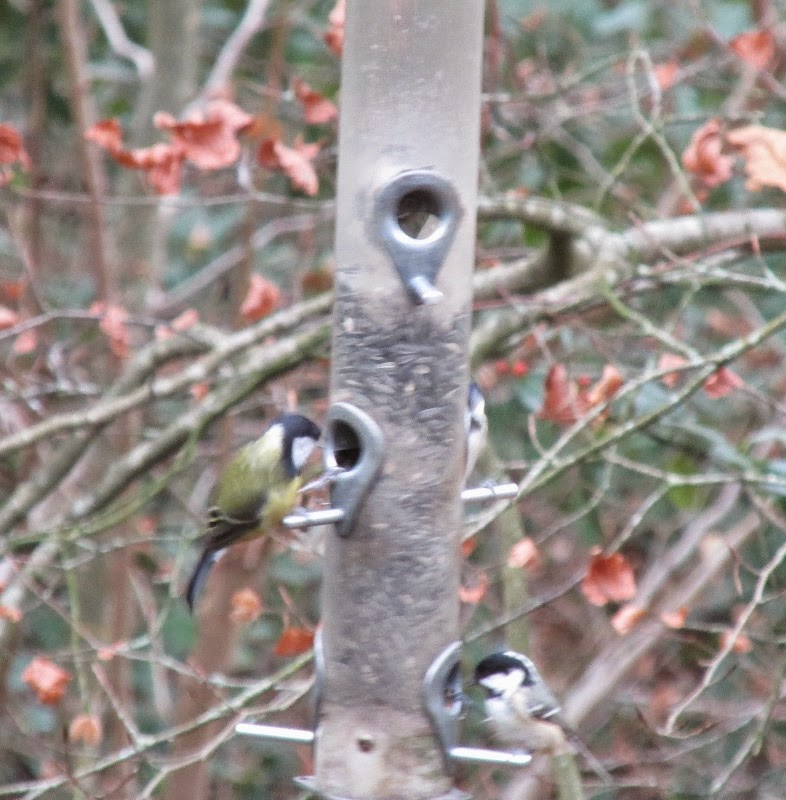 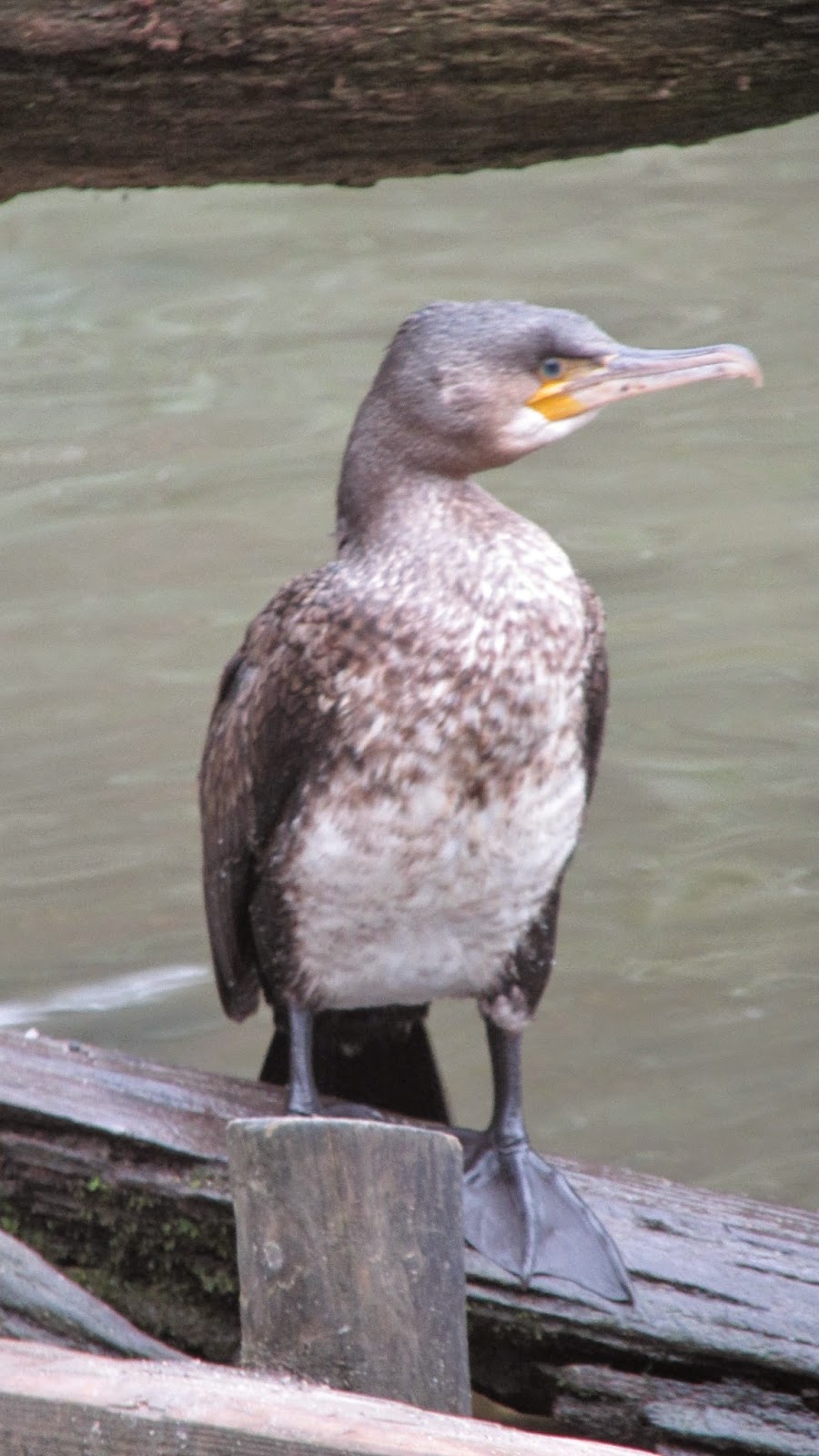 Meeting and greeting other walkers, we even met Rudolph. 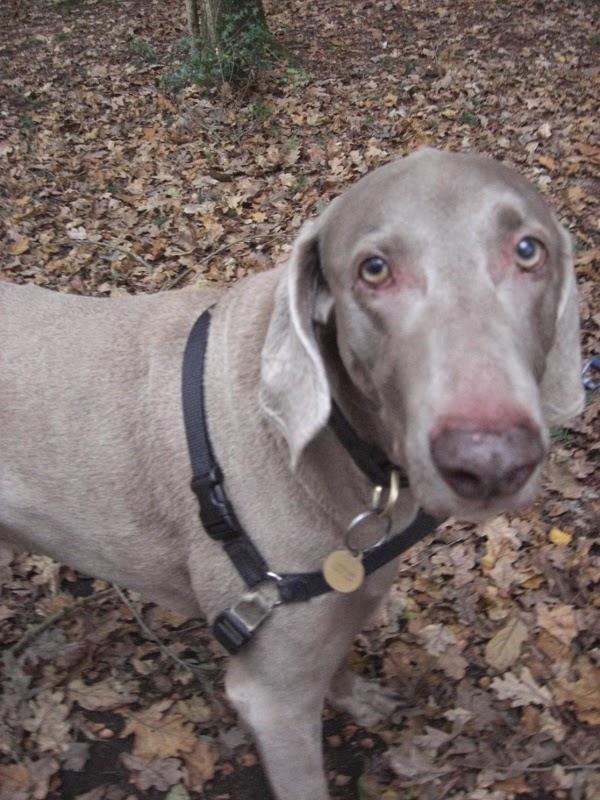 Some walkers have such amazing smiles. 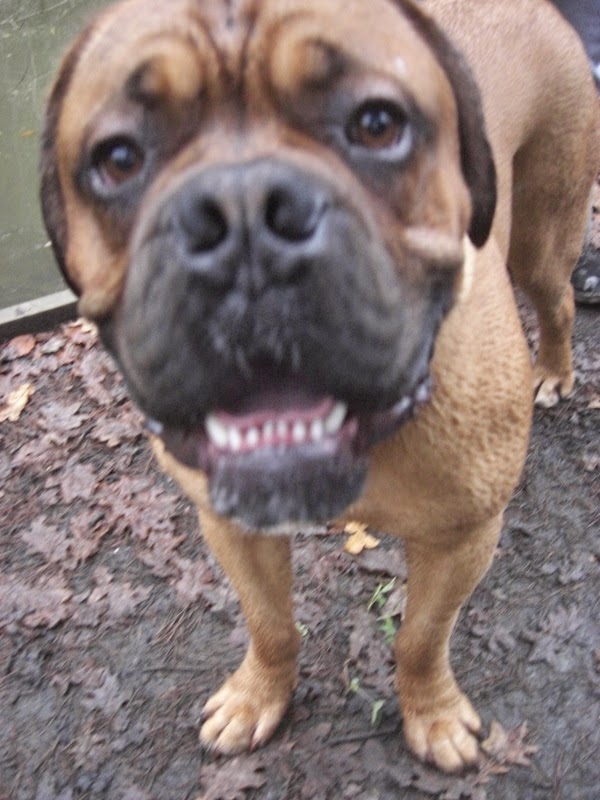 Freya as usual can be found over at the CAT FLAP CAVALIER. 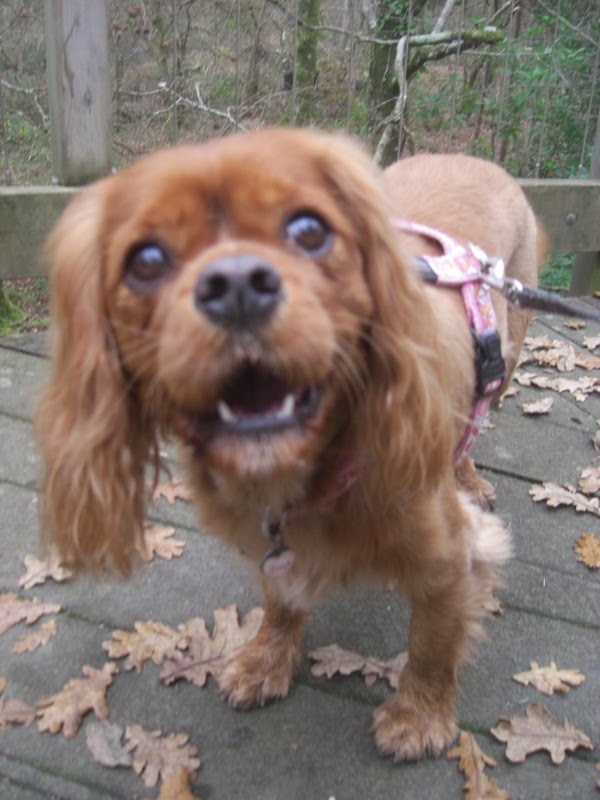 Wow, that sounds terrible. Are they going to do anything about these blogs. Maybe they can't. It is so sad. You have a great Tuesday.

That is scary, would never have thought about something like that and Bean eats everything he encounters.

That is terrible when pollution causes such troubles! Stay safe!

Pee Ess - Thank you for the card!

Hey...our beach Patrol Officer is on the job already

Oh, that sounds just awful - hope they can find the root of the problem. Miss Freya looks quite happy wherever she is.

I'm sorry to hear about those poor animals being poisoned by the oil. Take care.

Hope things clear up soon...it is so upsetting when humans screw up like this....

Its very scary knowing that stuff is out there!! Oh gosh,, how do you get rid of it??
So good to know you found out,, and are warning people.. Maybe signs need to be put up on the beaches.
Freya looks happy talking to the ducks and new friends.
love
tweedles

Crikey ..... that's no good at all. I hope Blogville's beach control officer gets it under control real quick. Wouldn't want it spreading to Australia, aye? In the mean time you look pretty happy at the lakes and woods and you have friends there too.

Oh my we had not heard about the palm oil. Yes stay away from the beach and stay safe. Have a wonderful Wednesday.
Best wishes Molly

That palm oil stuff has been washing ashore around Yarmouth and Cromer here in norfolk, so not far away from the beach I walk Polly on. As she's always on the lead, I can keep and eye on her.

Looks like Freya has had fun meeting various doggie friends and little critters.

Hope you have a good day. Sue & Polly

We have never heard of that stuff so stay real real safe.
stella rose

Oh no, we hope someone is cleaning it up. What lovely photos :)
Dip and Elliot x

What a strange thing to find on an English beach - I never would have thought it was so dangerous to dogs. Keep safe!

I get it more now that I see what you are talking about - I wonder if that comes on our beaches here?

Did they ever figure out where it came from? So much danger - I hope there was enough publicity to make all dog owners aware!!! So glad Freya is ok.

Oh isn't that horrible. I hope they find the source where it is coming soon.
Love your walking aquaintences they all lovely.