Beaver spotted in the river Otter - along with the weather forecast for the next four days. 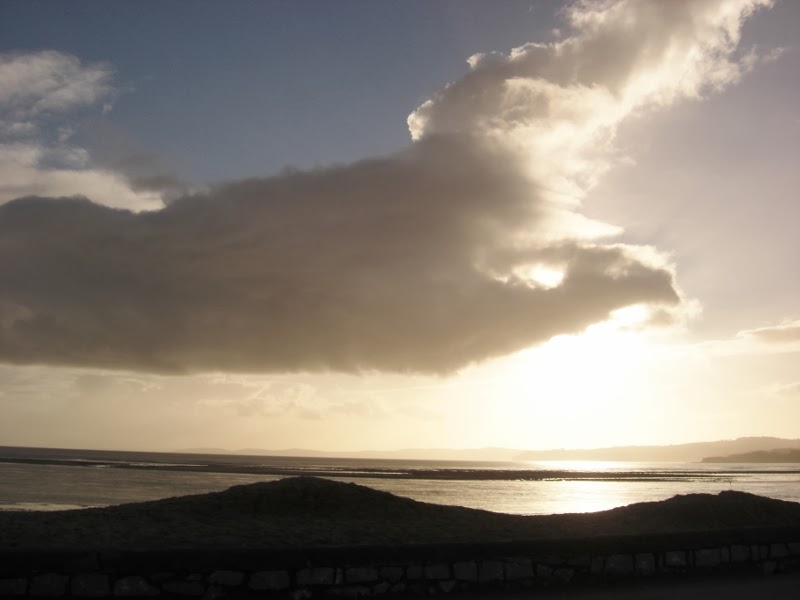 Thursday.
Some light overnight rain will be followed by a mixture of sunshine and cloud.
May rain later, becoming gusty around midday. 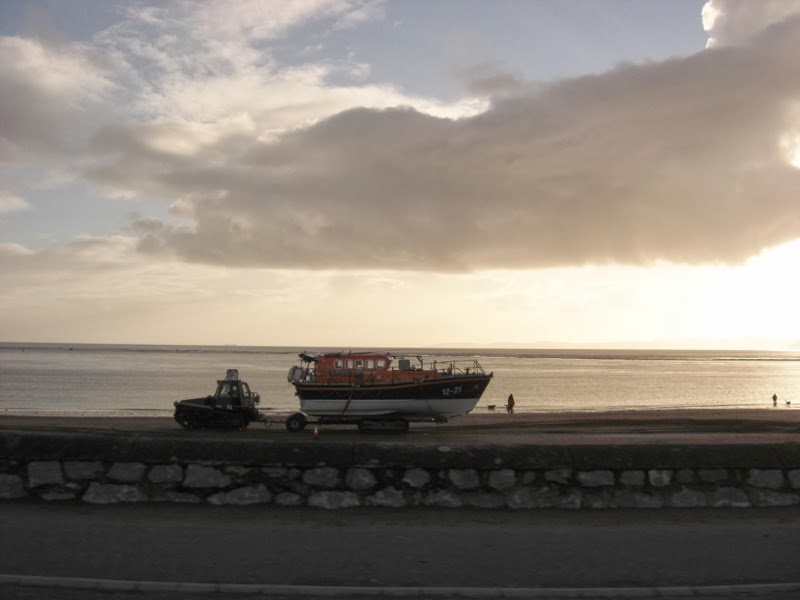 Friday.
Rain throughout the day, mostly light but with heavy spells, particularly in the early part of the day. 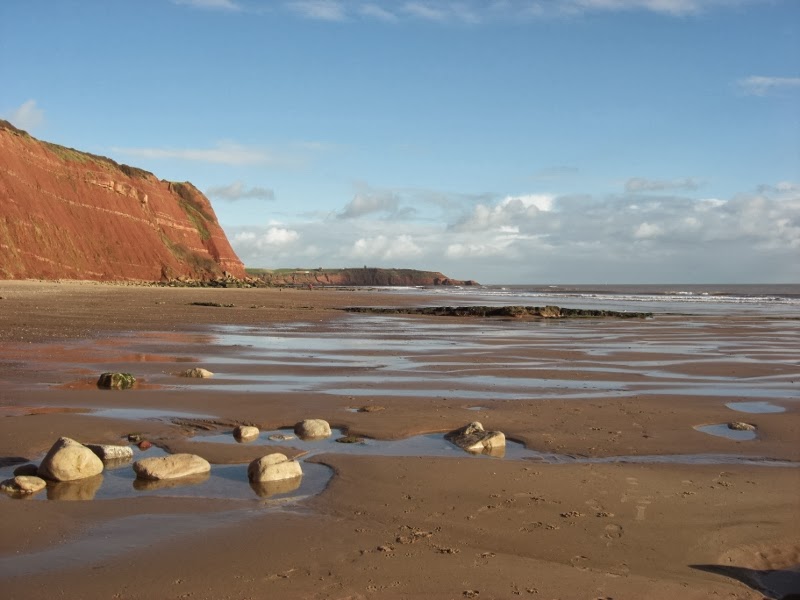 Saturday.
Mostly cloudy but with some sunshine likely in the afternoon. There is also the possibility of a light shower as the rain and wind pick up later in the day. 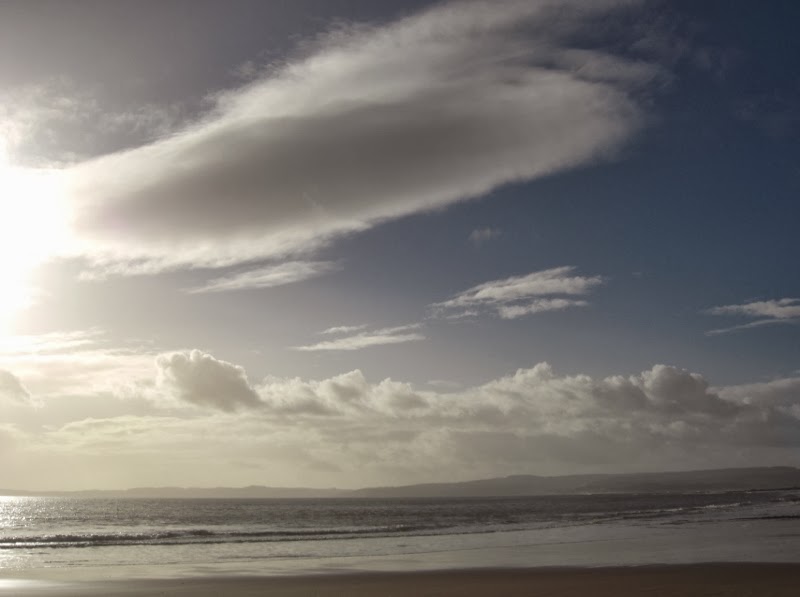 Sunday.
A cloudy start will soon give way to rainy showers. These will become heavy in the afternoon when it will again become windy. 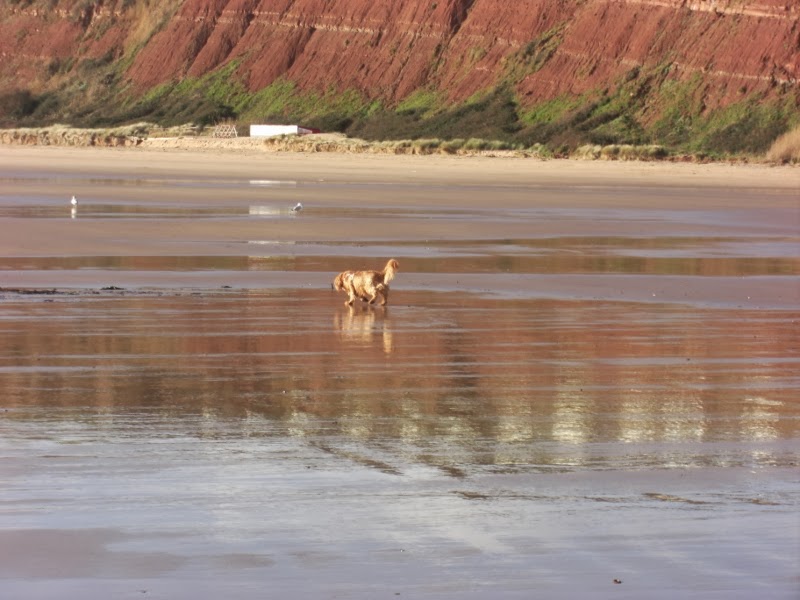 An inspiring weather forecast taken from our local newspaper today. I wonder how long it took them to put the words together.
Why couldn't they just say it's going to rain for the next four days, it would have worked for me. 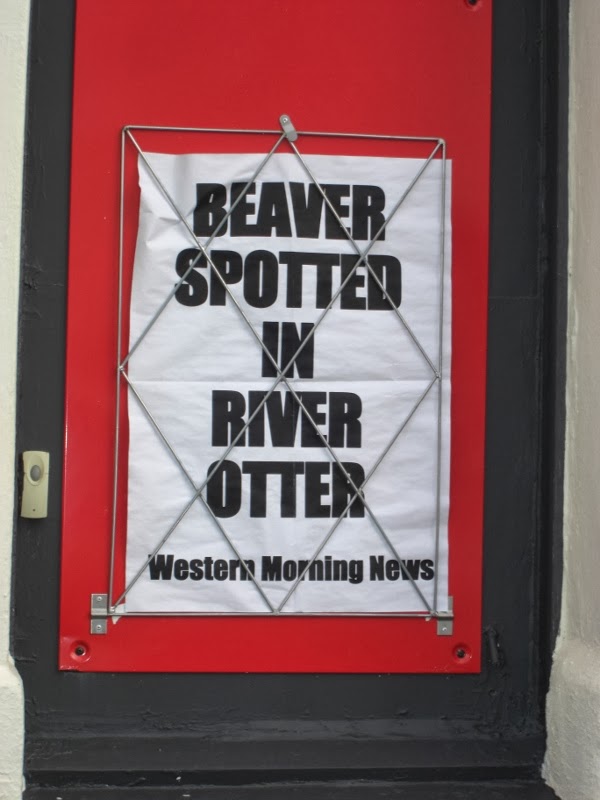 No wonder beavers have moved south, and have been spotted in a local river, they love water. 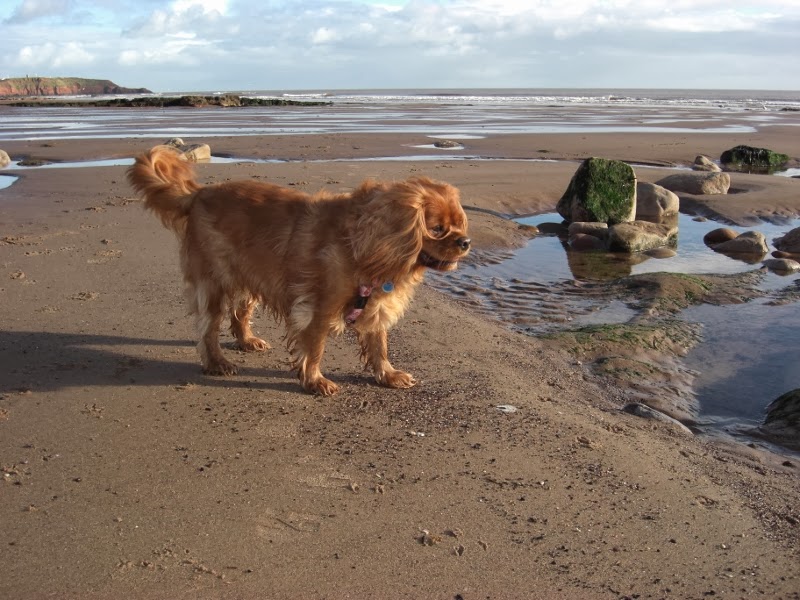 Freya is over at Cat Flap Cavalier as always, she isn't bothered if it rains as long as she can dig holes on the beach.
See you all soon X X X
Posted by Soggibottom at Thursday, January 23, 2014

Nothing worse than non stop rain, good time to relax and work on some projects.

Rain is a good excuse to stay in and do some crafting.

Us too just rain every night and sometimes during the day. We have one big muddy field instead of a park. Stay warm and dry. Have a tremendous Thursday.
Best wishes Molly

Wow, you guys are gonna get wet over there. It's cold here, but the weekend is gonna be great, mid 50's and sun. Get your waders out and be safe!

You mean there is going to be more rain?

We had a hail shower this afternoon which turned to snow before it stopped.

Great pictures. True, just plain rain is going to happen.Guess they have to earn their keep. Have a super day.

Weather note: Exercise caution when venturing outdoors as frostbite may occur on exposed skin in less than 10 minutes.

Hope when the sun peaks out it decides to stay a while.

Thank goodness Freya still has places to dig holes. That is very important.
Our weather people said rain is coming here too,, maybe next week- we will see,
Our Beavers love water too,
love
tweedles

I'm glad you got to step out for a little bit. We hope the rain lets up soon!

Wow - where I live, it's snowing and freezing right now :0
Stewey

I would love to come play with you! I have never seen a beaver, only a goat, cow, horse, and a ferret.

That's such a pretty shoreline. But far too much rain! It never rains here this time of year, it's usually sunny with the occasional snowstorm that moves through but moves out quickly, leaving our classic blue skies again.

Your photos are beautiful! I would love to walk the beach right now instead of this freezing temperature!

I live where it always rains...you can't stay inside forever! At some point you just have to go on and get wet. :)