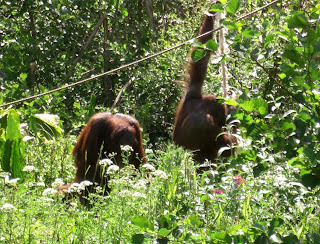 We've been monkeying around a bit this week. 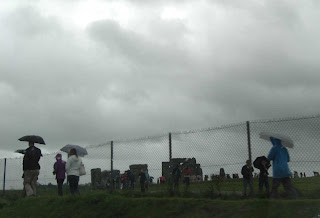 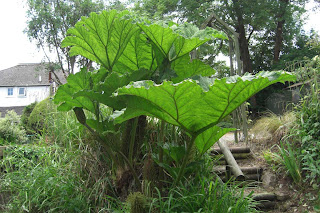 It's defiantly Summer, with so much rain,. Not moaning though as it's been making everything grow in our garden. 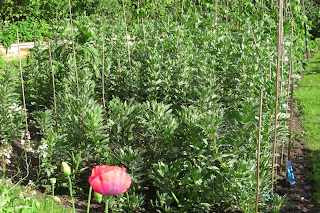 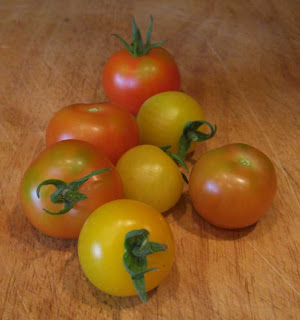 We've even picked our first tomatoes. 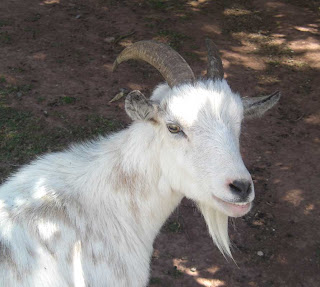 This is a photo I took of a goat when we were at the zoo the other day, he had that happy, smiley face that I love to see. 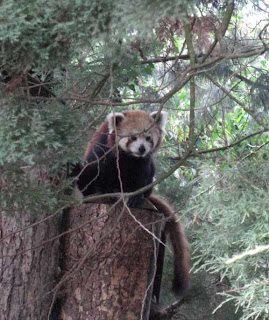 What has this red panda to do with the next photo ? 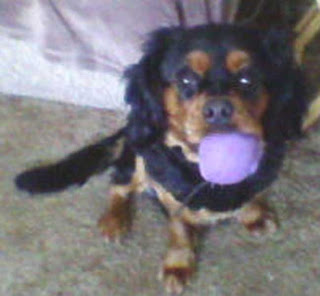 Similar colouring maybe.. this is the only photo we have of this little two and a half year old guy.
The only photo so far !
We know he likes squeaky toys.
We'll let you know more about him during the week..... 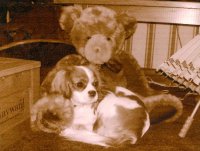 I'll give you a small clue where he might be heading

He looks a very cute dog

I wonder where he is headed... smile..
Your tomatoes are doing grand as is all your flowers.. Wow...
Take care, love..

We got a bit of rain this week too and it really does make the garden grow, my beans seeds popped right up and are growing nicely. Is he a rescue dog?

The last time I was at Stonehenge it poured buckets too:) What is that plant with the big leaves...rhubarb?

That little dog looks like it needs a big hug.

Congratulations on the toms!

Oh how I would love to sink my teeth into one of those lovely tomatoes - I so miss fresh grown ones.

Hmmmm, is that little guy moving in? He is just so cute and just what might be needed:)

Garden produce at Soggibottom is looking exceptionally tasty - hopefully this little doggie looks like he is heading for a lovely home with some special people...
Hope the rain has stopped now, so that you have enjoyed some of this beautiful sunshine we have had in Upton upon Severn during the Jazz Festival. Hugs to all at Yours.

A cutie in bear country? Who likes purple tennis balls? He does look like a sweet dog.

I would like a tomatoe please!
Your garden is beautiful!
Oh that little doggy is tooo adorable. He sorta does look like a little bear.
He looks like he would be a good friend , if you ask me.
love
tweedles

I'm officially beaten in the tomato race! I can console myself that at least I beat you with a homegrown cucumber last week!
Cute little doggie, hope things pan out later this week for him. Needs to get that purple thing removed off his face though...;0)

if that dog is heading your way he is one lucky pooch! we picked our firts cherry tomato yesterday and all 5 of us had to have a bite..what a laugh, it was the size of a pound coin! we were proud as punch though ~_~

He's adorable, simply adorable. What, pray tell, is his name? Love those tomatoes. Mine are just starting to bloom.

Enjoy those lovely little tomatoes Midge! Mine are getting ripe too! I hope that cute little fella is coming to your house! Hugs!

Looks like someone's been monkeying with your blog design too! Lookin' good babe!